As Florida Today has written about Space Coast Prayer Breakfast:

“The prayers were many … but for one day, the faith leaders – from the Southern Baptist to the Messianic Jewish – quietly bowed their heads in prayer, pushing aside vast theological differences and calling on God to heal families and bridge the national divide.”

Let’s do something powerful.

The 2019 Space Coast Prayer Breakfast, once again, provides an opportunity to join together for a time of county-wide prayer on the National Day of Prayer, Thursday, May 2, 2019, from 7:30am-9:30am that morning.  The event, which has sold-out its seating prior years, and now in its 7th year, takes place again at the Hilton Rialto, 200 Rialto Place,  Melbourne, FL 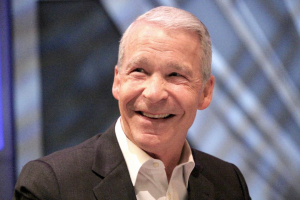 Dr. Joel C. Hunter – our Space Coast Prayer Breakfast Keynote Speaker for 2019 – served as senior pastor of Northland Church in Longwood, Florida for 32 years. In 2017 he transitioned from that role on a mission to “go from my best interpretation of what the Bible says, to my best imitation of how Jesus lived.” In 2018, Orlando Magazine listed him as the #1 most powerful voice for philanthropy and community engagement. He serves as the Chairman of the Community Resource Network, a non-profit organization focused on helping homeless families. He also leads Simple Help, a movement of everyday helpers doing simple things to make the world better.

Rob Medina (L), Director of Community & Military Relations in the Office of Congressman Posey will open up the breakfast with prayer and lead us in the Pledge of Allegiance. There will be special Video Remarks from Space Coast Prayer Breakfast Honorary Chairman and Congressman Bill Posey and, as always, the 2019 breakfast will feature Soul-stirring Praise and Worship and Passionate Prayer Leaders from around our community.

“This is what we need more of,” said Dr. Paul Rosbury, spiritual director of Seminary Covenant Community in Melbourne and who oversees over 35 different ministries across the county.  “There is a need for Brevard County to be awakened… ” said Rosbury, one of about 400 pastors, elected officials and others who participated in last year’s Annual National Day of Prayer by attending the Space Coast Prayer Breakfast in Melbourne.

The Space Coast Prayer breakfast, now entering its 7th year, has featured Keynote speakers such as David Barton, founder and director of Wall Builders, who speaks with an emphasis on the moral, religious, and constitutional foundation on which America was built, Apostle Ken Malone, motivational speaker and humorist John S. Riley, and Brevard County Sheriff Wayne Ivey; and Congressman Bill Posey, who represents Florida’s 8th district.

Each year, on the National Day of Prayer, Church, Community, Business and Government leaders come together to share this important moment. 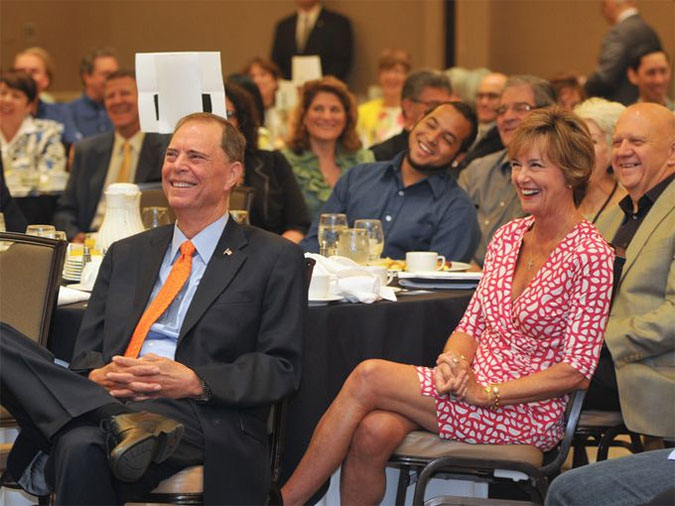