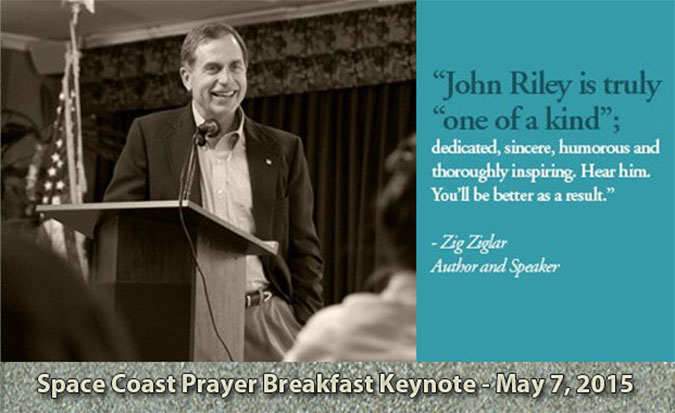 “Unless the Lord guards the city, the watchman stays awake in vain”

The Space Coast Prayer Breakfast is an opportunity to join together spiritually through prayer with citizens throughout Brevard County and across the nation. We share the 2015 common theme of Lord, Hear Our Cry, emphasizing the need for individuals, corporately and individually, to place their faith in the unfailing character of their Creator, who is sovereign over all governments, authorities, and men. I Kings 8:28 is our Scripture for this year: “Hear the cry and the prayer that your servant is praying in your presence this day.” 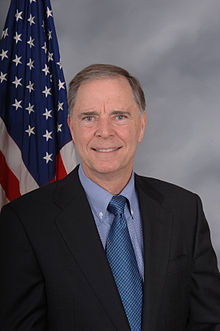 Congressman Bill Posey joins together with business leaders, professionals, ministry, church leaders, community and civic leaders who have come together to organize this county-wide event. Congressman Posey will be in attendance as a Key Speaker during the 2015 Space Coast Prayer Breakfast..

Congressman Bill Posey represents Florida’s 8th Congressional District. Congressman Posey serves on the Financial Services Committee; the Committee on Science, Space and Technology; and on several related subcommittees. Prior to being elected to Congress, Posey served eight years in the Florida Senate and eight years in the Florida House of Representatives. Congressman Posey was named “National Legislator of the Year” by the American Legislative Exchange Council, for his dedication and efforts to bring greater accountability to government.

Congressman Posey supports the Space Coast Prayer Breakfast because he believes it is essential to join together in prayer to seek the face of God for our country. He encourages citizens from throughout Brevard County to join with others across the nation to come together in faith and prayer and seek God’s direction for America on this National Day of Prayer.

Our Prayer for this Space Coast Prayer Breakfast is to awaken the hearts of Americans to turn their focus back to the Lord… in their lives, their families, at work and in their communities to move. 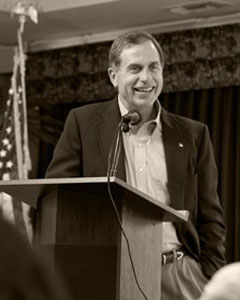 Our Keynote Speaker, for 2015, is John S. Riley – often described as a Coach, Writer, and Observer of life who speaks about it with humor and inspiration.  As a motivational speaker and humorist, John reaches thousands each year. His teachings have spanned the globe, encompassing 22 countries and totaling more than 10,500 times over the course of nearly 4 decades. Born in the small town of Abbeville, Alabama, he was taught early on about the importance of hard honest work and building lasting relationships.

He went on to play football for Auburn University and was drafted by Oakland. When his football career came to a sudden end in 1970, John explored the business world.

After six years he answered the calling deep down inside and began speaking full-time. He has been teaching companies how to incorporate those honest values that he learned so long ago into building lasting working relationship with each other as well as the companies they work with.

John has received countless awards and recognition, but nothing is as rewarding to him as when he is sharing the simple but important principles of living with a group of people. He has spoken for multiple companies in all parts of the world. He does team building and coaching for some of the most recognized brands. John is sure to stir and motivate anyone who is looking to excel and reach to new heights within themselves and the world around them.

The Space Coast Prayer Breakfast is an outreach of Power In The Workplace Ministries, Inc. (a 501(c)(3) nonprofit corporation) is a group of business leaders, professionals, ministry and church leaders, civic and community leaders who have been praying for Brevard County and have come together to organize this county-wide event. We pray the citizens of the Space Coast will change their focus to honor the Lord Jesus Christ, and to give God His rightful place in our government offices, businesses, schools, and homes.